A PLEA FOR THE CONSTITUTION OF THE UNITED STATES

CLICK HERE TO GET ONE FOR YOUR COFFEE TABLE. VISITORS WILL BE IMPRESSED. 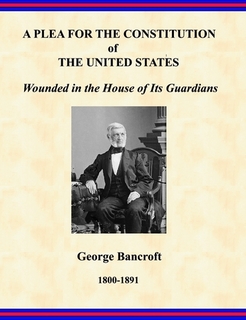 Wounded in the House of Its Guardians
by George Bancroft

Good money must have an intrinsic value. The United States of America cannot make its shadow legal tender for debts payable in money without ultimately bringing upon their foreign commerce and their home industry a catastrophe, which will be the more overwhelming the longer the day of wrath puts off its coming. Our federal constitution was designed to end forever the emission of bills of credit as legal tender in payment of debts, alike by the individual states and the United States; and it will have that effect, if it is rightly interpreted and firmly enforced.

The supreme court of the United States was endowed by our fathers with a peculiar tenure of office and high powers of jurisdiction, that it might be able to keep watch over the life and integrity of the constitution. On the third of March, 1884, without having listened to any public argument on the case which was made the occasion of its utterance, it pronounced before a crowd of listeners an opinion in these words: "The power to make the notes of the government a legal tender in payment of private debts being one of the powers belonging to sovereignty in other civilized nations, and not expressly withheld from congress by the constitution; we are irresistibly impelled to the conclusion that the impressing upon the treasury notes of the United States the quality of being a legal tender in payment of private debts is an appropriate means, conducive and plainly adapted to the execution of the undoubted powers of congress."

The opinion thus confidently expressed, if it should be accepted as law, would be a death blow to the constitution; in defiance of which it not only gives a sanction to irredeemable paper money, but clothes the government with powers that have no defined limit in its relations to the people. Of the nine who composed the court, Stephen J. Field alone gave a dissenting opinion; but there stood at his side, invincible vouchers for the rightness of his dissent, James Wilson, Oliver Ellsworth, and William Paterson, all three of whom the president of the convention which formed our constitution selected from among its framers to be its earliest judicial interpreters. And with them are to be counted a cloud of witnesses, among whom are the master-builders of the constitution. Roger Sherman, George Washington, Charles Cotesworth Pinckney, James Madison, and Alexander Hamilton.

The language of the court is of such import to all American industry and intercourse from the most humble to the highest, and is moreover so subversive of a republic composed of states in union, and threatens such injury to the honor and hope of republicanism throughout the world, that I have thought it right to bestow upon it many of the few hours that may remain to me for labor. The decision of the question depends upon facts which are beyond the reach of change, and which for their establishment require only the strict application of the rules of evidence to historical investigations.

When questions of science arise, I shall cite only men that command the confidence of the civilized world; and I shall call the immortal framers of our constitution themselves as my witnesses to prove that it was their deliberate, unalterable purpose to withhold from the federal government the power to emit the promise of money as a legal tender for debt in money; and that they did beyond dispute withhold the power by very large and most determined majorities.

To set the subject in the clearest light, it will be proper to trace the history of American bills of credit until they were abolished by Massachusetts and Connecticut; to revive the memory of the great struggle for their suppression by the separate colonies or states to the end of 1786; and to ascertain what decision on paper money was made by the constitutional convention, and accepted, one by one, by every state. It will then be the time to examine the new interpretation of the constitution by the present court; and ask after the defenses of the people against the revolution with which they are threatened. 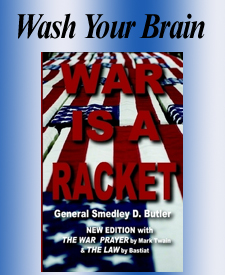